ABA Therapy And The Systematic Abuse of Autistic People 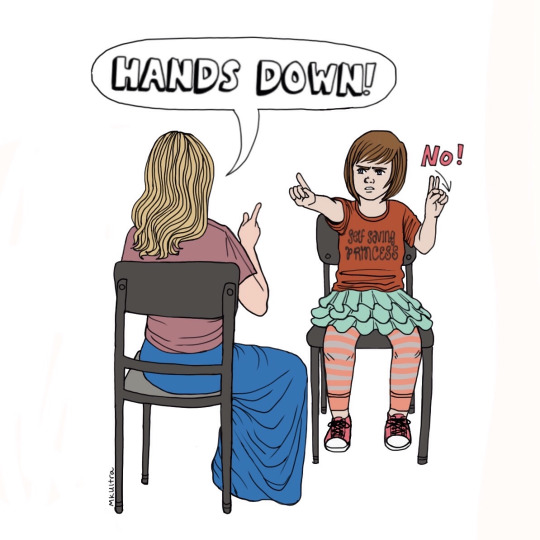 I am sure some of you are are thinking “ABA can’t be bad, my doctor/therapist/specialist told me that my child would need it to be ___” I want to take this opportunity to explain to you why ABA, or applied behavior analysis, is problematic at best, and abusive at worst.

With this post I want to target mainly parents, but also doctors, therapists, and anyone else who wants to learn. I want to make it very clear in the beginning that I know you love your autistic child and only want what is best for them. If you didn’t, you wouldn’t be reading this now. I also want to state that nobody can be an expert on autism except for an autistic person.

Before I get too into details and facts, I also want to say that if you put your child through ABA, or they are still currently doing it because a doctor or “specialist” told you it was the best thing to do, that it is not your fault. Parents naturally want to believe that what doctors tell them is the truth, after all, they are doctors aren’t they?

I feel really strongly about how ABA preys on parents the way it does. The people telling you to do this know you love your child and want only what is best for them. They prey on that love you have for your children and try to convince you that what they are doing is the best for them, and since trusted doctors and others are telling you the same thing, you can’t blame yourself for listening. What you can do is listen now.

This post was spurred on by a video I saw today where a young girl, probably around 4, was being put through a home therapy session and was visibly uncomfortable. There was a person I’m assuming was her mother holding a fruit snack in her hand, and another person holding the camera. The mother and camera-person were both making “mmmmm” sounds and repeating “Mama” in monotone if not condescending voices. The girl was covering her ears and was very obviously communicating in her own way with noises and movements that signaled distress. The “mmmmm” noises seemed to hurt her, and whenever she would start to walk away the mother would show the fruit snacks again. The girl would reach for the fruit snacks and when she did her mother would close her fist and repeat “Mama” over and over again. At one point the girl’s younger brother came up, gestured for a fruit snack the same way the girl did, got the fruit snack, and left. I had to stop watching because I was getting too upsest watching this poor girl get upset and eventually being held tight against her mother. I had my roommate watch it too and she said towards the end of the video the person holding the camera said “we can’t let you win” which is quite honestly terrifying. The girl eventually got the fruit snack, but not because she was suddenly able to speak, it was because the mother was getting too upset and gave in.

This is an example of “positive reinforcement” in ABA. Does this interaction seem positive to you? They are taunting a small child with something they want and refusing to give it to her unless she complies to what they want, which in this case was saying “Mama.” I feel I should explain a little bit here. See, language comes differently to autistic people, and you can look up many different articles written by autistic adults that will go further into it. Language takes a whole lot of steps. You have to first think what you want, then translate it into words, then figure out the mouth noises, then make the mouth noise.

For a lot of autistic people, verbally speaking just is not something that happens. I know this may worry some parents, but your child can still be successful, happy, and communicate without having to speak. There is sign language, picture boards, typing, writing and many other way to communicate. In that video, the girl was covering her ears, which is communication that a sound is bad or too loud. She was communicating with her leaving that she didn’t want to do that. She was communicating with her noises that she was probably just as frustrated with not being able to do what her mother wanted her to do as her mother was. And most importantly, she very clearly communicated that she wanted the fruit snack by reaching for it. While our communication methods may be different, they are still communication, and should be respected.

ABA therapy doesn’t just stop after a few hours either. You start doing it and before you know it, your child is getting 40 hours a week of “therapy” as probably more at home as you implement ABA tactics into your daily life. How tired are you after 40 hours at work a week? Imagine how your young child feels. They can’t take a break or have a day off if they need it. They aren’t developmentally able to pay attention or do something that long either, which is why school hours are shorter than work hours. No child can handle a 40 hour work week, and work is exactly what therapy is. Imagine you had a 40 hour work week, but even when you went home you didn’t get a break. When you tried to relax in the best way for you you were told to stop, you were not even allowed to relax and be yourself because that was “wrong.” Imagine the self hatred that would begin to happen, thinking that who you are is inherently wrong. Which brings my to stimming, or “self-stimulation” as “experts” call it.

Eventually, I am going to write a full article just on the topic of stimming but for now I am only going to write on stimming as it relates to ABA. I know some ABA does not try to extinguish stimming, but a lot of it still does, so this is still relevant. Stimming is an autistic (or adhd, anxiety, ocd) person’s way of regulating their emotional and body systems. Stimming is used to help pay attention, to calm down, to communicate, or to express an emotion, as well as just for fun. Similar to how if you have an itch you scratch it or you stretch and yawn when you are tired, an autistic person may flap or rock when excited or upset. We may vocal stim with noises that some may find annoying or we may chew on things. We may flick our fingers or stare at shiny things. All of these things may seem “weird” or pointless to you, but I can assure you stimming is as vital to us autistics as breathing.

ABA tries to smother and extinguish these things. The “therapists” will hold our hands down or tell us quiet hands. They may deny us our break time if we can’t sit still. All these things lead to a really skewed idea of self-worth. Many autistic people who are put through ABA end up with severe PTSD, loving children become violent or mistrusting because their way of coping with the world has been ripped from them. Those of us who don’t have PTSD from ABA still have a squashed and trampled self esteem. When you are constantly reminded that your natural way of being is wrong and bad, you think you yourself are wrong and bad. It can take years to finally become comfortable with yourself again. Wouldn’t you rather your child be happy and autistic than be unhappy and forcing themselves to act “normal”?

An Autistic 20 something with a special interest in autism and neurodiversity. Ev is nonbinary and uses they/them pronouns. View all posts by Ev